There are a lot of concerns about privacy when using Facebook and my previous article mostly defined people vs. fans. This morning it was on my mind again but this time a thought surfaced I had not previously considered. I know of a few businesses using a People profile instead of a Page profile. I “friended” this particular business because I wanted to communicate with the owner. As it turns out, this business does have a Fan Page but it hasn’t been updated in a long time. It’s possible that the owner allowed an employee to set it up (big mistake) and since it was associated with the employees’ profile, the owner no longer has access to the page. Just a guess.

I “unfriended” that business. Why? Businesses typically “Friend” any potential client. This is how they get exposure and new business. That’s great if they have a Fan Page and allow People to “like” their page. When you “like” a page, you get updates to that Page on your wall. Other Fans are just like everyone else on Facebook…they can’t see your wall or other information because they are strangers to you, unless of course they are also your Friend.

Why is this different from being a Friend to the Person to whom the business Facebook People Profile belongs? If you have your privacy settings shut down so tight nobody can see anything about you, you won’t have a problem. But, if like the majority of users on Facebook, you also allow “friends of friends” to see your information, you’ve opened your profile up to every “Tom, Dick and Harry” who friends the business, in this case a bar (and restaurant.) Most people don’t want their privacy settings so restricted because it prevents anyone from finding them, which in turn, defeats the purpose of using Facebook.

Okay, to my point. Facebook is the way it is for a reason. Even though some people believe that Facebook doesn’t take privacy issues seriously, more often it is the user who doesn’t honor or understand that the Facebook policies are for their protection as well. Have you been wondering how a hacker was able to find your personal information (even if you don’t play games or allow apps to access your profile?) This is one place to look.

Reality check. Like it or not, Facebook is the place to be if you have a business. Also, some people are only on Facebook to advertise their business and will allow anyone to be their friend because they are on Facebook to get business! The person who sets their business up this way probably doesn’t understand what they’re doing and/or don’t care because it’s all about the business. You can’t have a Page without a People profile to which it is connected.

I have several businesses and I have a separate Facebook Page for each of them. I have my social networking links to my Facebook page on each of my websites so if someone is interested, they can “Like” my page and they will get my updates and my RSS feeds on their wall. If they don’t want the updates, they can “Unlike” my page and it will disappear. If you’ve made someone your friend and it turns out to be a business only, you can remove them as a friend but it’s easier to be able to “Unlike” the business but keep the person as a friend. It’s the same way you stop a friend’s Facebook Application posting to your wall without blocking your friend.

In the beginning I did some of these things because I just started doing stuff on Facebook. But, I learned what not to do and corrected it. If you’re reading this post you’ll see my Facebook and Twitter links in the sidebar, just look for the respective icons. 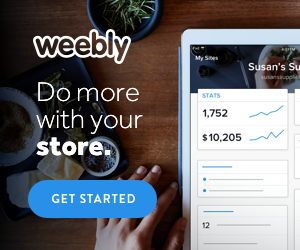 We may receive compensation from this ad.

Advertising - We may receive compensation from these ads.